After multiple short-term extensions on the Farm Bill—the latest of which expired on December 31st—lawmakers are set to resume the next legislative session, and USDA secretary Tom Vilsack is confident that a deal can be reached on an updated version, and that it can be put up to a vote this month. Conferees on the committee have been working on a new iteration of the Farm Bill for the last three months.

The multiple delays are largely the result of disagreement over potential cuts to the federal Supplemental Nutrition Assistance Program (SNAP), which comprises a large portion of the Farm Bill. Last summer, both the House and the Senate proposed changes to the current law, with the House suggesting larger cuts to the Food Stamp program and also passing a separate piece of legislation that would separate the SNAP program from the Farm Bill altogether. With three bills to reconcile, the conference committee has had its hands full. 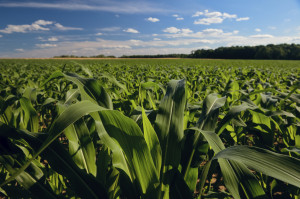 While most national headlines have focused on the more politically polarizing SNAP cuts proposed, the likely elimination of direct payments to farmers is attracting the focus of farmers and landowners. The direct payment program has its roots in the 1996 Farm Bill, and has received bipartisan criticism for a number of years. Critics argue that these payments—regardless of crop prices, and often paid to those who haven’t even grown a crop—are costing taxpayers too much. But sources reveal other portions of the newly proposed bill that would expand other protections for farmers. “Negotiators say they are trying to modernize the system by balancing the needs of farmers with the interests of taxpayers,” writes Kristina Peterson. “But the emerging compromise, which would replace direct payments with beefed-up crop insurance and other protections for farmers, has already triggered criticism from outside groups who say it won’t radically reduce the amount of risk the federal government assumes in the agriculture industry.” While the end to direct payments might sound dismaying to many producers, the newly proposed expanded crop insurance protections, as well as new programs to help cover losses not addressed by insurance and other forms of assistance for farmers, may soften the blow to a certain extent. In statements made last Friday, Vilsack noted that whatever form of the Farm Bill is passed by Congress, the USDA is trying to ensure that they are able to put the new measures into effect in an expeditious manner. “Obviously we want to be in position … once the President signs the farm bill to be able to begin the process of implementation as quickly as possible,” Vilsack said.

In the meantime, farmers and landowners are still faced with some uncertainty until a final bill is successfully reconciled in Conference Committee and passed by Congress. Producers are already making their 2014 planting decisions, and even if a bill is successfully reconciled and passed with new farmer protections, it is unlikely that they will have much of an effect in 2014. In this way, it is likely that farmers and landowners will face similar uncertainties as they did in 2013.

The professional land managers at United Farm and Ranch Management stay on top of the changes happening in agriculture, from legislation, tax laws to farming practices.  If you would like to discuss how they can maximize your land’s potential, contact UFARM today.

Given email address is already subscribed, thank you!
Oops. Something went wrong. Please try again later.
Please provide a valid email address.
Thank you, your sign-up request was successful! Please check your e-mail inbox.
Please complete the CAPTCHA.
Please fill in the required fields.
What Effects Will Higher Interest Rates Have In Agriculture?What Does The Latest USDA Report Mean For Landowners and Farmers?
Scroll to top