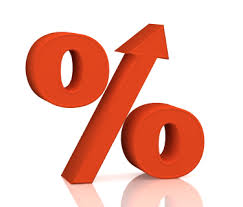 As we roll into 2014, farmers and landowners are looking ahead to see what the new year will mean for commodity prices and land values. One of the main indicators affecting these prices is the interest rate. Producers wonder whether they will see an increase in interest rates in 2014, and if so, how that will ultimately affect their farming operations.

After nearly a decade of burgeoning land values resulting from high commodity prices combined with extremely low interest rates, 2013 and 2014 might bring about a market correction in this area, and it seems as if the value of farmland has peaked for the time being. The first half of 2013 saw slight increases in the interest rate, along with falling commodity prices. As a result, land values seem to be leveling off.

In a report entitled, “Land Values Peaking Out—But Not Down,” Sterling Liddell, a senior analyst at Rabobank Food & Agribusiness Research and Advisory (FAR), predicts that while commodity prices will likely be lower in the coming year, they won’t be low enough for long enough to substantially affect land values in the short term.

However, Liddell also notes that the greatest risk to land values is higher interest rates. Since interest rates can hardly go any lower than they have been in recent years, it’s a widely accepted assertion that they will inevitably rise. When might this increase take place? Based on current Federal Reserve Policy, substantial increases aren’t forecasted until later 2014 into 2015. According to analysts at the web-based Farmland Investor Center, “More specifically, the Fed has said that it will hold short-term interest rates near zero as long as the unemployment rate remains above 6.5% and inflation expectations one to two years out remain under 2.5%. The Fed projects the unemployment rate could fall to 6.5% in 2014. But most Fed officials expect to hold off on a rate increase until 2015, according to an internal assessment of monetary policy.”

In the meantime, no matter when or to what degree interest rates increase, it’s more important than ever for farmers and landowners to keep a close eye on their input costs and marketing as they’re faced with the likelihood of land value decreases and interest rate increases in the foreseeable future.

If you would like to evaluate your options as a land owner, contact a UFARM professional land manager. Consultations are free.

Estate Planning: Successfully Transferring Land to the Next Generation
How Newly Proposed Capital Gains Tax Rates May Affect Landowners
Why Is Farmland a Good Long Term Investment?
3 Things to Know About Rising Interest Rates
How Will The Recent Interest Rate Increase Affect Farmers And Landowners?
Demand for Quality Farmland Remains Strong in 2014
How To Get An Accurate Land Appraisal
UFARM Feature Friday 1.22.21
0 replies