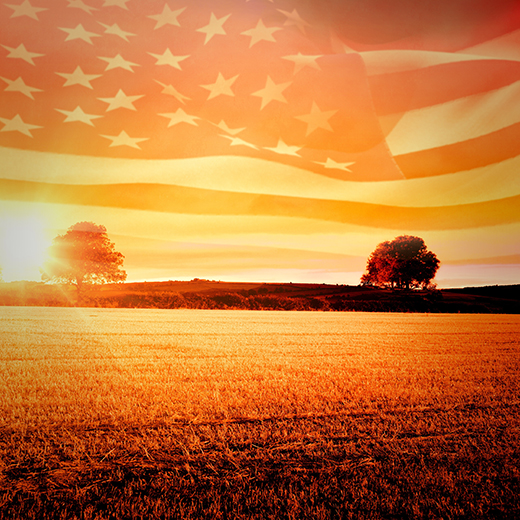 After a stunning upset, Republican Presidential candidate Donald Trump is preparing to take the reins from President Obama in January. His election was propelled by overwhelming support from rural voters—many among them farmers and landowners, who hold out hope for policies that may help ease the burdens that are falling on themselves and their fellow agriculture producers. Rural voters backed Trump over Clinton 62 percent to 34 percent, at the same time rural voters increased in this election. That, combined with the depressed urban turnout, sealed the deal for the business magnate.

Now, as Trump is picking out his cabinet members and preparing for his Inauguration, the same farmers and landowners are wondering how  a Trump presidency will play out not only in terms of agriculture policy, but in others such as immigration reform, trade, regulations, and healthcare.

While obviously there is only conjecture at this point, farmers and landowners can look to a few key points that Trump spelled out during his campaign and in an interview with Farm Futures magazine.

First, the President-Elect was quite clear in stating his support for agriculture, saying, “The Trump Administration will be a pro-agriculture administration.” He went on to state that he has assembled an Agriculture Advisory Committee comprised of top leaders in agriculture communities, who will provide key insight into the specific needs unique to farmers and landowners in rural areas.

Another issue that may impact large-scale farms deals with the many illegal immigrants who are employed by them. Noting concern that such a workforce may suddenly be taken away, Trump responded by emphasizing the perils of the Obama system of open borders on rural communities. “I recognize the unique labor challenges facing the American farm community and will include farmers and ranchers in the process of determining the best possible immigration policies. Enormous stresses are being placed on state and local government services, while jobs for American citizens and wages for American workers are in decline,” Trump said.

Additionally, many farmers are hoping for a new farm bill that addresses unpopular terms of the current bill, passed in 2014. Among them, the disparities associated with the Agricultural Risk Coverage payments are cited as a top concern. While this may be prioritized, farmers and landowners should be cautioned, as many conservative lawmakers are urging cutbacks on agricultural subsidies —about which many farmers may think twice, although many see the reasoning behind such a move.

Similarly, conservation programs and efforts may be altered, as well as the recently passed legislations regarding GMOs and food labeling.

Most importantly, perhaps, is that Trump’s election may spell the end of the regulations that burden both small- and large-scale farmers and landowners, a hope that the agricultural community immediately expressed the morning of November 9th.  Trump had strong words regarding these burdensome regulations, saying, “Terrible rules are written by unelected, unaccountable bureaucrats who often know nothing about the people they are regulating. The regulators have all of the power, and our nation’s farmers are often forced to endure costly, burdensome and unwise regulations that are bad for American farmers and consumers.”

Landowners and their families will welcome Trump’s proposed end to the controversial estate tax.  The double taxation this law causes has been a burden for many families.

Looking forward, America’s farmers and landowners are cautiously optimistic in the face of Trump’s forthcoming term, but will have to wait and see if the Trump administration will deliver on those promises.

Land Managers: Helping Both Landowners and Tenants
Why Is Farmland a Good Long Term Investment?
Effects of the US Farm Bill on Landowners and Farmers
New Farm Bill Ends Direct Payments to Farmers
What do 2014 Farm Bill negotations hold for landowners?
1031 Exchanges Coming to an End?
Estate Planning: Successfully Transferring Land to the Next Generation
Should Landowners Consider a Trust During Estate Planning?