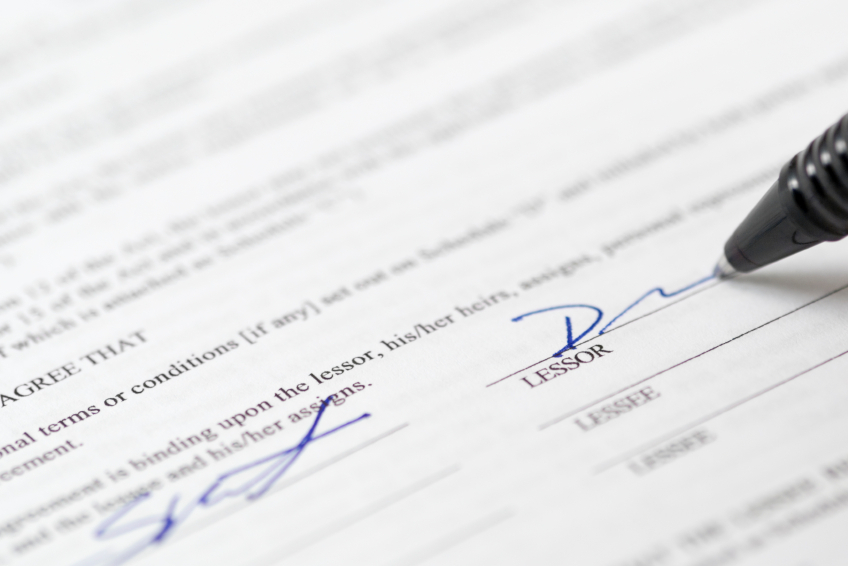 One of the most overlooked aspects of farming deals with leasing agreements. With over half of the agriculture land in Nebraska rented, it’s important for landowners and farmers who lease land to recognize the importance of a well-written lease agreement. Where a handshake was enough in many cases in the past, the nature of farming today is a bit more complicated, and the necessity of having a well-designed legal agreement is paramount.

A leasing agreement, down on paper, benefits both landowner and tenant. Each party is able to outline their responsibilities, rights, desires, and needs ahead of the growing season, so there are no surprises that could compromise the good nature of the agreement. As anyone who has ever dealt with a difference of opinion could attest, proactively avoiding potential issues ahead of time can save time, money, and a great deal of headache for both parties involved.

What comprises a well-written lease? First, make sure the basics are covered. According to FarmProgress.com, this includes: “[An] accurate legal description of the land to be leased, the identity of the parties and their signatures, length of the lease, kind and amount of rent, time and place of payment, responsibilities of each party, an indemnification clause (whereby tenant agrees to compensate the landlord for any loss resulting from the tenant’s negligence, and vice versa) and any other special provisions the parties agree upon.”

In addition to these basics, it’s often good to recognize some commonly misunderstood landlord rights, so that the leasing relationship runs smoothly, and hopefully for many years. Usually these are addressed by a written lease, so that they do not become issues during the growing season.

One such misunderstanding regards farming practices; a well-written lease will make it clear that the tenant/farmer is in charge of how the land is farmed, unless otherwise agreed upon ahead of time by both parties.

Another issue that can arise is when the landlord can come onto the land; without a written lease, this can only be to make repairs or to collect rent. Should both parties like to amend this, it should be decided upon when the lease is put together.

Sometimes, the landowner decides he/she wants to sell the land before the lease agreement is up. It should be understood that the new buyer is responsible for the existing lease agreement.

Finally, with rifle season just around the corner, it’s good to remember that landowners don’t necessarily have the right to hunt on the land they rent without the tenant’s permission. Addressing this in the written lease may help avid hunters avoid potential headaches the third weekend in November.

It cannot be overstated that good farming relationships start with a well-crafted lease, written down on paper. If you’re looking to update your leasing agreements, contact UFARM for advice on how to accomplish this goal. UFARM offers a full range of Nebraska land management services, including real estate sales, rural property appraisals, consultations and crop insurance. UFARM has operated in Nebraska since the early 1930’s. Contact us today! 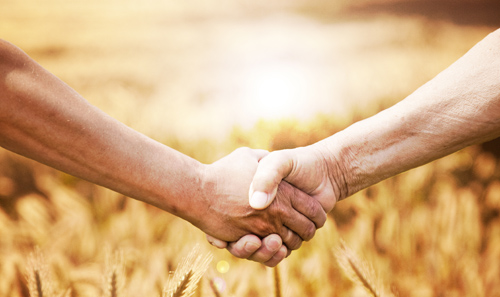 With volatile grain markets and land values, and with increasing amounts of landowners acquiring land as part of an inheritance, or solely as an investment with very little agriculture experience, many are hiring professional land managers to help them run their farming operations. Even farmers with experience and close ties to the land often turn to land managers to help them negotiate fairly with tenants, or to ask their advice about any number of farming issues—be it the cost of fertilizer or news about the latest farm bill programs.

Despite the overall value that many see in maintaining a relationship with a land manager, there are still pockets of resistance, especially among those who hold the impression that land managers work only for the landowner, and not the tenant who farms the land. Land managers work continually to dispel this myth, and hold their legal fiduciary duty to put their clients’ interests ahead of their own in high regard. This duty applies not only to the landowner, but to the farmer as well.

Resistance to land managers on the part of tenants is something that UFARM managers are familiar with. Their advice to landowners is; if your tenant dislikes the idea of the involvement of a land manager, then you should run, not walk to hire a manager, because something may be amuck. While this may not be the case in every instance, land managers hold their responsibilities to all their clients—be they landowners or tenants—in high regard, and are able to sort out complicated farming situations if the need arises.

Often, this is in helping to negotiate rental agreements between landowners and tenants that are mutually agreeable to each party. In these situations, farm managers are able to act as an impartial third party, and for those who desire it, can keep such relationships at arm’s length. Even in good landlord/tenant relationships, a third party is sought simply to keep the relationship running smoothly, which is often the case when it takes place between family members.

UFARM managers feel like an important liaison with both owners and tenants. Some tenants contact UFARM managers to check fertilizer prices, chemical prices, and new technologies. A qualified land manager holds value for not only the landowner, but can be an important resource for tenants as well.

If you are considering hiring a land manager for your farm, contact UFARM for a free consultation. We are glad to help you determine if our services are right for you. United Farm and Ranch Management (UFARM) is a Nebraska-based company devoted to meeting landowners’ needs. UFARM offers a full range of Nebraska land management services, including real estate sales, rural property appraisals, consultations and crop insurance. UFARM has operated in Nebraska since the early 1930’s. Contact us today!