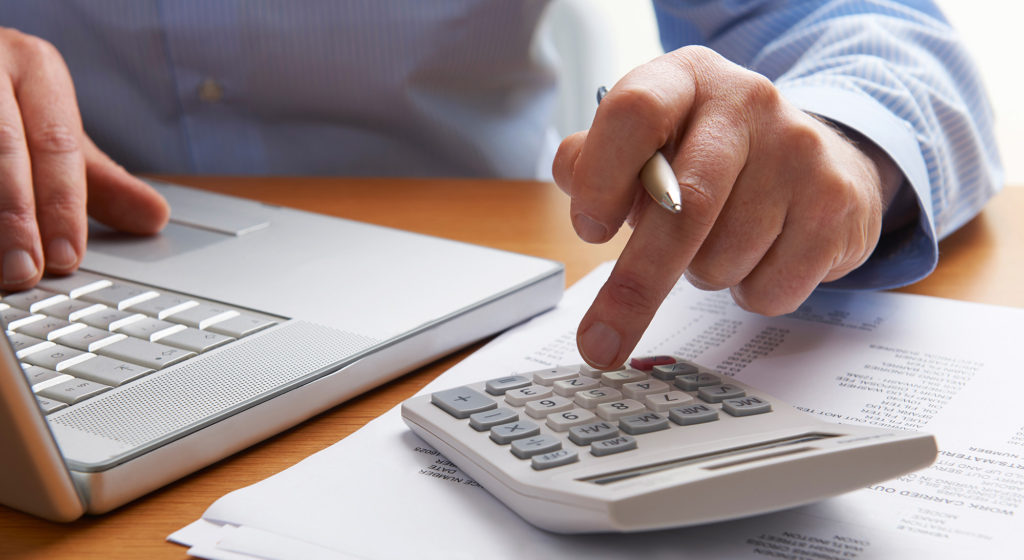 Ahead of the three day holiday weekend, the USDA released its quarterly Acreage and Grain Stocks reports, and Nebraska landowners and producers hoped that the numbers would play out favorably for commodities prices. Unfortunately for corn prices, the report indicated far more corn acres planted than previously stated in March, resulting in another slump in prices. This came as a surprise to many analysts, who had expected a decline in corn acres from the March numbers.

Soybean stocks, too, came out higher than expected, though the market reaction was the opposite of corn, with soybean prices higher immediately following the June 30th numbers. The weather then abruptly changed that outcome and soybeans began a significant drop in prices after rains moved across the Midwest during the fourth of July weekend.

The corn numbers were also a half-million more acres than March estimates, when corn planting intentions stood at 93.6 million acres. Corn stocks, at 4.72 billion bushels, were also higher than the average trade guess of 4.52 billion bushels.

Soybeans reflected a similar story, with planted acres at a record high 83.7 million acres, up 1 percent from last year’s numbers, but less than the trade estimate of 83.8 million acres. This number is also up from the March Prospective Plantings report, which estimated 82.2 million soybean acres to be planted. Area for harvest stands at 83.0 million acres, up 1 percent from last year, and soybean stocks were also higher than expected at 870 million bushels versus the trade guess of 829 million bushels.

Similar stories for both corn and soybeans should mean similar market reactions. However, this wasn’t the case, with corn prices moving down 11 to 14 cents, and soybean prices up 40 cents. The divided reaction, according to grains analyst Jerry Gulke, reflects which crop is in the stronger position. Underlying fundamentals for beans, globally, are stronger, and the market apparently isn’t worried about a corn shortage any time soon.

Looking ahead, as far as market prices are concerned, experts agree that weather will be key in determining any effects on yields and prices, and if the current grain market trends will continue. A weather problem could spell a market bounce for corn, and could have major affects on beans, especially during August.

“It may be too late to kill corn, then, but if we get too hot in beans, we could easily lose 150 million bushels to 200 million bushels in bean production from a minor weather problem,” Gulke said. “The market does not want that to happen. They are really nervous about this.”

How are you positioned at the midpoint of the growing season? Were you surprised by the report’s latest numbers? Always feel free to contact UFARM with your questions or concerns. We look forward to working with you to make the most of your farming operation. 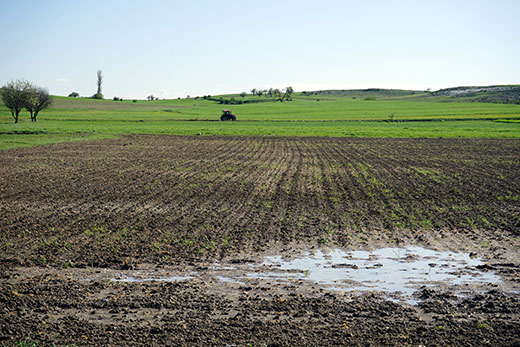 Continued rain events have hampered efforts’ in the fields for many farmers in the major planting states so far, although significant gains were made in the last week.

Monday’s USDA Crop Progress Report for the week ending May 8 saw 64 percent of the nation’s corn planted, in comparison with 45 percent last week. This measures up as slightly behind last year’s corn planting at 69 percent, though well ahead of the 5 year average of 50 percent.

In Nebraska, rain delays were especially felt, though Cornhusker State farmers made incredible strides in the last week: As of Sunday, 53 percent of the state’s corn was in the ground, compared to only 26 percent last week at the same time. This is still behind last year’s 71 percent benchmark, and slightly behind the 5 year average of 59 percent.

It’s a similar story both nationally and statewide for soybeans. Overall, 23 percent of soybeans are planted, slightly behind last year’s 26 percent, though well ahead of last week’s 8 percent, and the 5 year average of 16 percent of beans planted.

Nebraska soybeans are 13 percent planted, behind last year’s 21 percent, and the 21 percent 5 year average. In comparison with last week’s 2 percent, however, Nebraska farmers were evidently  able to get into the fields to plant beans at some point.

Of the 18 states that make up the report, Minnesota, Iowa, and Illinois made the most progress, and while Indiana leads in the slowest progress category due to continued rain delays. The report found that 6 other states remain behind 5 year averages: Colorado, Michigan, Nebraska, North Carolina, Ohio, and South Dakota.

The Tuesday, May 10th WASDE Report was expected to be bearish on the grain markets, with estimated corn stocks increasing to 2.3 billion bushels, due to  higher corn acres and trending yields of 168 bushels per acre. New crop soybeans were expected by analysts to be similar to last year’s figure of 440 million bushels. However, that analysis was way off and traders were surprised. The carryover for new-crop bean was 305 million bushels, which caused soybean futures to take off and increase 60 cents a bushel at one time. In addition to the lower carryover,  heavy rainfall in South America and its negative effects on production there continues to be one of the main factors for the more favorable grain markets.

Amid the fluctuating markets, farm economists continue to urge those marketing crops to manage their risk.

“It’s going to be extremely difficult to try to outguess these markets,” according to Mike Mock of The Andersons Grain Group. 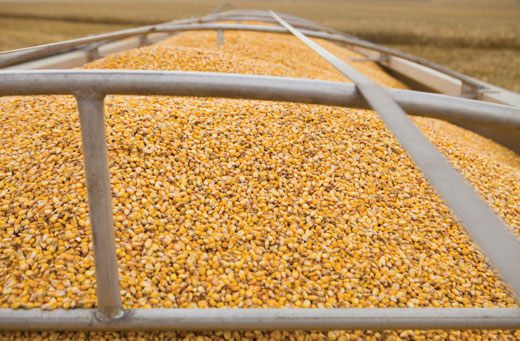 While it’s no secret that the main component of farm profitability involves producing a good crop with the greatest efficiency and lowest cost of production, it’s also true that marketing that crop plays a significant role in profitability as well. While farmers and landowners may differ in their individual marketing style, it’s important that they identify and employ a grain marketing strategy that works for them.

The last grain marketing strategy involves basing marketing decisions upon market-generated forecasts of production profits. This is done by using futures and options prices as a basis for production and marketing decisions. Examples include storing grain for postharvest sale when the harvest basis levels are wider than normal, or by hedging grain futures when preharvest grain forecasts are signaling higher than normal profits, and avoiding hedges when they are signaling lower than normal profits. This strategy, according to the KSU study author, “is based on anticipating the crop acreage responses of the collective group of grain producers to either high or low expected profits from a crop enterprise, and the subsequent change in production and subsequent prices that will occur the following harvest. Higher than normal preharvest hedging profits will give an incentive to crop producers to increase crop acreage and associated production, leading to lower prices by the following harvest.”

Determining which of the above grain marketing strategies is right for your operation depends on a number of factors, such as your individual marketing style and temperament—including your attitude toward price risk, the existing financial state of your farming operation, your grain storage availability, and your familiarity with markets and marketing tools.

If you have questions or concerns about the marketing strategies available to you, feel free to consult a UFARM manager to help point you in the right direction.