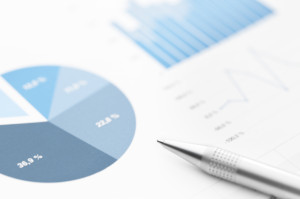 As farmers across the state are becoming reacquainted with their combines, and are bringing in high yields, they are also dealing with lower grain prices. With grain prices heading south, it’s no surprise that Nebraska land values are being similarly affected. Nebraska farmland values remain strong, but a slow down is beginning to show. Non-irrigated farmland in the Nebraska rose 3.7 percent from a year earlier, while irrigated farmland rose 2.3 percent.

Farmers are beginning to feel the pinch of smaller profit margins and this will eventually be reflected in land prices. According to an index from ag bankers, second quarter farm income fell to a reading of 80, down from 100 from 2010 to the middle of last year. According to the survey, “Farm income remained well below year-ago levels due to falling crop prices and poor winter wheat yields. With summer rains easing drought conditions, the potential for record crop production this fall could keep prices low and shrink profit margins further.”

Grain prices continue to be a worry and farmers and market analysts are anxiously anticipating Friday’s next WASDE report from the USDA to further gauge grain futures. While the outlook doesn’t look great, all is not total doom and gloom. Besides farmers who sold some of their 2014 crop above today’s market prices, federally subsidized crop insurance and new programs in the latest Farm Bill will provide safety nets and perhaps allay the fears of many producers.

Despite these safety nets, however, farmers and landowners undoubtedly face challenges. Experts expect the agricultural sector to enter a downward cycle, though it’s unclear if this will be a multi-year issue or not. Interest rates may see an increase as well in the near future, also undoubtedly at the forefront of many farmers’ minds.
In addition to these challenges, farmers face tough decisions about when to sell their grain. However, according to Ainsworth West Plains Bank president Michael Kreycik, farmers should be able to absorb a few years of low prices and even losses. He says, “I think our loan customers are in a better position now than they were in 1980 to absorb a higher rate of interest and softening of land prices.” A key factor for many farmers and landowners will be if interest rates begin to rise—if so, that could pose a problem for many.

At any rate, this could be a test for the 2014 Farm Bill’s safety nets, as some economists are predicting substantial payments under the new law to grain farmers this year.

Do you have concerns about changing land values? Are you looking for ways to protect your land investment? Contact a UFARM land manager—they’ll help you make the right decisions.
United Farm and Ranch Management (UFARM) is a Nebraska-based company devoted to meeting landowners’ needs. UFARM offers a full range of Nebraska land management services, including real estate sales, rural property appraisals, consultations and crop insurance. UFARM has operated in Nebraska since the early 1930’s. Contact Us.

Given email address is already subscribed, thank you!
Oops. Something went wrong. Please try again later.
Please provide a valid email address.
Thank you, your sign-up request was successful! Please check your e-mail inbox.
Please complete the CAPTCHA.
Please fill in the required fields.
What Value Can A Land Manager Add To My Land Investment?Latest Farm Bill’s Effects on Landowners
Scroll to top