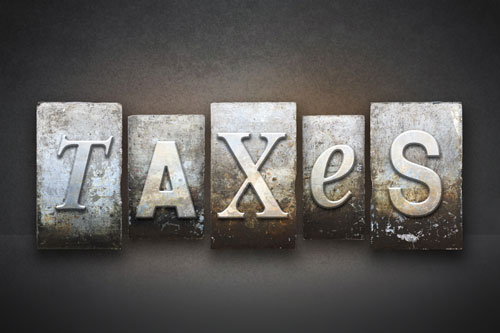 When a landowner sells property, the difference between the sale price and the basis (the original purchase price plus improvements and less depreciation) is known as a capital gain, and the tax incurred upon it is known as capital gains tax. Among the many concerns of farmers and landowners, how to handle the capital gains taxes that can be incurred upon the sale of a farm or farmland is one of the most difficult issues to navigate. For many landowners, these taxes incurred by the sale of land can be crippling. The same is true of the next generation who may incur these taxed upon inheriting a farm.

In comments to reporters earlier this year, Ag Secretary Tom Vilsack spokes about finding ways to remove the tax disincentive that prevents landowners from selling land. Currently, he said, it’s more beneficial for landowners to hold onto farmground, and allow heirs to take over the land and sell it with the stepped-up basis, and thus avoid tax penalties. Vilsack spoke of the need to help offset those taxes in such land sales. Most landowners and farmers would agree.

Knowing this, President Obama’s latest proposal to raise the capital gains and dividend rate from 20 percent (23.8 percent when combined with the new taxes that resulted from the Affordable Care Act) to 28 percent for taxpayers with income above $450,000 for joint filers and $400,000 for single filers brought concerns for everyone, and especially landowners who will have a farm sale in their future. Specifically of interest to landowners is the president’s proposal to close the “trust fund loophole” that allows wealthier Americans to avoid capital gains taxations through stepped-up basis by letting wealthy people pass on appreciated assets to their heirs tax-free.

As such, rather than actualizing Vilsack’s desire to help landowners avoid debilitating capital gains taxes upon selling land, it would seem that the capital gains tax would be higher, and the possibility of utilizing the stepped up basis would be eliminated altogether. According to DTN Ag Policy Editor Chris Clayton, farm groups have largely supported stepped-up basis as a way to transfer the farm within the family without the heirs getting hits with higher capital gains taxes, should they choose to sell the property.

While this news may be troubling, immediate chances that these new tax policy proposals will pass are very small, considering Republican control of both the House and the Senate.

However, capital gains taxes are still high, and having a plan in place to avoid incurring ruinous taxes—or passing them onto one’s children—is highly recommended. Consult a land manager and a tax consultant to keep on top of the latest rates and scenarios that could help mitigate such an occurrence. Researching the possibility of a 1031 exchange may be a good consideration as well.

Do you have concerns about capital gains taxes and your land? Feel free to contact a UFARM land manager; we’re glad to listen to your concerns and implement a strategy for your farm asset.