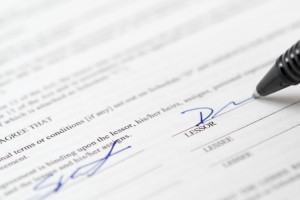 At some point or another, issues may arise between landowners and tenants regarding farmland leases. These issues are often complicated due to unwritten, verbal “handshake” agreements, where the involved parties have different recollections of what the lease entailed. Should it be determined by either party to terminate a farm lease, the issue may become more difficult to resolve. What should landowners know when it comes to legally terminating a farm lease?

First, it should be noted that a written lease agreement benefits both landowner and tenant, and both parties should attempt to create a written agreement if at all possible. This way, each party is able to outline their responsibilities, rights, desires, and needs ahead of the busy growing season. Being proactive from the start in avoiding potential disagreements ahead of time is the best practice.

Legally, it is important to know that, with unwritten leases, six months advance notice must be given in order to terminate the lease. In the case of a written lease, the terms should already be included within the lease. However, if nothing is specified, a written lease terminates automatically on the last day of the lease, with no renewal.

Despite the advantages of written leases, it is still common for verbal leases to be the norm in Nebraska, and legally, these are presumed to be year-to-year leases. These leases are automatically renewed for another year until proper notice has been received, either by the tenant or landowner. This termination notice must be given by September 1st, and the lease year legally begins on March 1st.

In practical terms, knowing these important legal dates is key should the landowner wish to sell the land, or to raise the cash rent. In each of these cases, negotiations must take part before September 1st.

Should you have questions regarding lease agreements, please contact us at UFARM—we are happy to address your concerns and answer your leasing agreement questions.

How Are Crops Looking in Northeast Nebraska?
Scroll to top