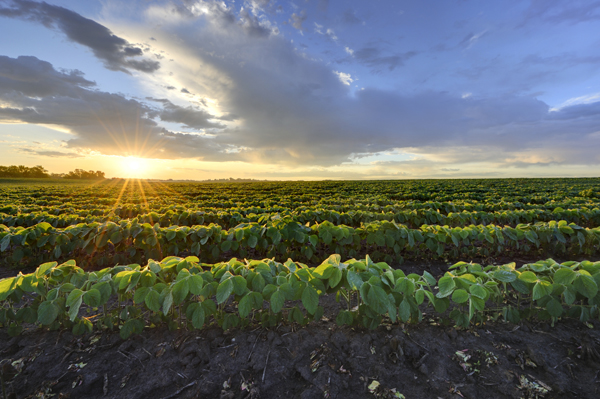 There’s no question that this spring’s planting season continues to be a long, drawn out process, due mostly to increased rainfall activity that has prevented farmers from getting into the fields for more than a day or two at a time. This is largely attributable to the strongest El Niño weather pattern on record since 1997. El Niño is the term used when equatorial-region Pacific Ocean temperatures reach a level of 0.5 degrees Celsius above normal for a sustained period of at least several months. In an El Niño year, those in the central section of the US can expect warmer than average temperatures combined with above average precipitation.

While climate experts did predict a warmer, wetter spring, they were half right, at least here in Nebraska: Nebraska farmers have dealt with higher than normal rainfall, but the warmer temperatures have yet to materialize, despite warmer temperatures in the first half of March.

So how will this strong El Niño pattern continue to affect corn and soybeans during the growing season? Will the strong weather pattern have an impact on corn and soybean yields and a shift in the planting window?

A team of climate scientists set out to try to better understand the potential impacts that El Niño could have on agriculture production in the Midwest, focusing on potential effects on corn and soybeans in Iowa, Illinois, and Indiana.

What they discovered is that there should be little to no adverse yield-related effects. Of the five strongest El Niño events they looked at, the combined yields during those years were either average or slightly higher. They discovered that much of the weather events attributed to El Niño are hyped up, and that, barring any other sort of unforeseen weather-related events or plant challenges, farmers should be able to expect an average harvest.

“History shows that it’s uncommon to have subpar national crop production results for corn and soybeans except in the few cases where very hot, dry weather occurs during the critical crop development phase in June and July,” Lehnertz says. “If predictions are correct, this could signal higher-than-expected corn and soybean yields this year.”

As far as marketing and risk management goes, Lehnerz recommends that farmers “adjust marketing and operations plans based on short- and long-range weather forecasts, and ensure [they] have appropriate risk-management tools in place to guard against potentially extreme weather.”

Nebraska Associate Climatologist Al Dutcher says, “The big question is when we transition from an El Niño to a La Niña type pattern. That will dictate whether it is a dry year.” According to Dutcher, it’s likely the switch will occur in the second half of the growing season.

Do worries about your agricultural land keep you on edge? Feel free to contact UFARM—we are glad to help you plan for these challenging times in agriculture, while keeping your goals moving forward.UFARM offers a full range of Nebraska land management services, including real estate sales, rural property appraisals, consultations and crop insurance. UFARM has operated in Nebraska since the early 1930’s. Contact us today!