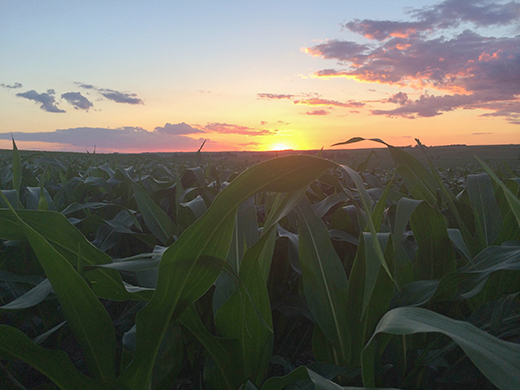 Over the last decade, farmers and landowners across the Midwest have witnessed land prices make a steady climb, only leveling off in the last couple of years. While talk of a land market bubble persists, farmland investment analysts are not so quick to hop onto the bubble bandwagon. In fact, many continue to laud investment in agricultural land as a solid investment option, even despite lower commodity prices and acres that continue to level out.

According to Forbes contributor Joshua Rogers, a landowner who bought land in 2000 and sold it in 2013 would have earned a 12.6 percent annualized return on his investment, not including the proceeds from farming the land or leasing it out to a farmer. One needn’t be an investment guru to understand the significant ROI on such an investment, and many actual investment analysts see a number of other reasons to hang on to farmland.

One reason is the continued increase in the global population and the resources needed to feed that population. According to global statistics analysts, the world population increases by 200,000 persons each day, while the total of 4,973 million hectares of agricultural land amounts to an average of 0.74 hectares per person.

Put simply, amount of arable land worldwide is far outpaced by the growing population. Since the amount of arable land worldwide is finite, farmers across the globe continue to find ways to meet the demand that a growing population requires. It’s no wonder that many outside investors are seeking to obtain hard assets that are critical to civilization, and while the supply and demand forces that act on land values and crop prices are complex, it’s hard to argue with their reasoning.

Another reason to invest in farmland is due to the soaring demand for biofuels. CNBC.com contributor Richard Murphy notes that ethanol production accounts for 23 percent of total corn utilization, according to the Renewable Fuels Association, a significant portion of the total amount.

These things, along with global crop yields that are leveling off after the great advances over the last several decades in that area, all join to make investment in farmland a solid decision.

While those looking to investing in agricultural land may have missed out somewhat on the great returns of the last decade, the emotional value of those who were born into farmland shouldn’t be dismissed, and certainly is less easy to quantify in financial terms. The value of holding onto farmland that has been in the family for decades is significant, and especially in terms of retirement plans. However, if the notion of selling farmland isn’t an emotional issue, there are many options for those who would like to sell their land without incurring capital gains taxes, such as exploring a 1031 Exchange.

Are you concerned about the potential ROI of your land asset, or looking to invest in Nebraska farmland? Please talk to one of UFARM’s land professionals—we are happy to discuss all the options available to you. UFARM offers a full range of Nebraska land management services, including real estate sales, rural property appraisals, consultations and crop insurance. UFARM has operated in Nebraska since the early 1930’s. Contact us today!