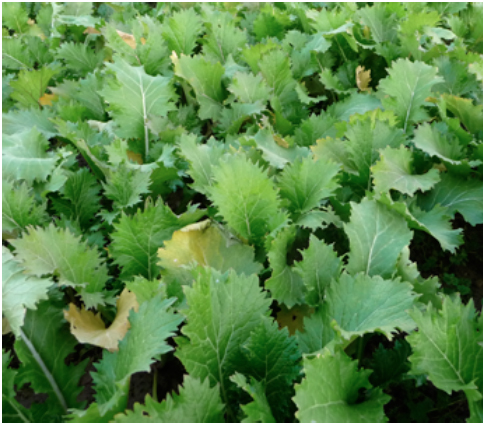 While corn and soybeans are the dominant crops grown in Nebraska, many farmers are also looking toward maximizing their land’s efficiency and productivity by adding cover crops like turnips and radishes to their usual crop rotations.

There are multiple benefits to planting a cover crop. Planting cover crops to fallow fields improves soil structure, reduces weeds, adds and retains moisture, prevents erosion and runoff, adds important nutrients to the soil, builds up organic matter, and prevents compaction. They are used to feed cattle, as well. Increasingly, Nebraska farmers are recognizing these advantages and incorporating them into their fields as much as possible.

After a field is harvested, there is less residue remaining to protect the soil from the elements. In a drier year, many farmers harvest the residue as forage for their livestock or cut silage, so the residue remaining is even less. Less surface residue leaves fields more vulnerable to erosion from rain and wind. Research has shown that fields left open to the elements lose much more moisture to evaporation than fields that have a cover crop.

There is a lot of research going into microorganisms in soil, and the importance of feeding them. Just as humans benefit from consuming a diverse diet, so too do soil microorganisms. Cover crops provide this added nutritional diversity. Farmers who have grown cover crops for several years have seen the organic matter of their soil drastically improve as a result. They find that there is less need to apply nitrogen to their fields, as the radishes mine the depths of the ground for the existing nitrogen deep in the soil and make it more readily available on the surface for future crops such as corn.

Cover crops help prevent soil compaction that can occur in particular types of soils. In particular, this is why the root vegetables like turnips and radishes are useful; they naturally dig in and create soil channels where moisture and nutrients can then penetrate. Fields where farmers have planted radishes are often less susceptible to soil compaction, since the radishes produce a very long tap root that breaks through the tough, deep soil. The plants break up the soil while they are in the ground, like a natural plow.

Turnips are an excellent cover for farmers who graze cattle on their fields after harvest. They are a high moisture plant, and cattle favor them due to their high sugar content. They are packed with protein, as well, and so make a great forage plant for cattle through the winter months.

Turnip and radish seed are relatively inexpensive, and producers that have utilized them as cover crops say that the positive results they see are worth the cost.

As farmers and landowners endeavor to maximize their land, as well as to increase their yields, they are using any means available to get the most out of their ground while keeping input costs down. They are learning that planting beneficial cover crops like turnips and radishes are a great way to do just that.

The land managers at UFARM can help you maximize your land’s potential.  Contact UFARM today.

Cover Crops: The Future Or Just A Fad?

What did the August 12th USDA WASDE report hold?

What Does The Latest USDA Report Mean For Landowners and Farmers?

How To Get An Accurate Land Appraisal Will Farmland Owners Pay Higher Property Taxes in 2014?
Scroll to top